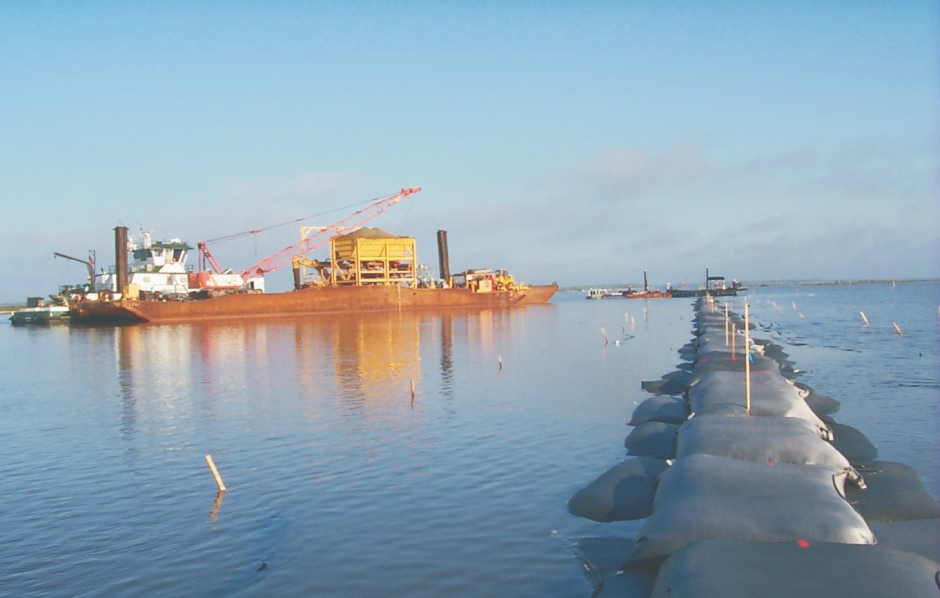 The banks of the Dupre Cut have eroded considerably as a
result of vessel wakes. Large breaches in the banks
exposed the adjacent marsh to increased water exchange,
tidal energy, and saltwater intrusion.

The objective of this project was to rebuild and stabilize
the east bank of the Dupre Cut. A stronger bank would
reduce erosion and help reestablish wetlands by allowing
sediment accretion on the leeward side of the foreshore
rock dike.

The project plan involved the construction of over 3 miles
of foreshore rock dike along the east bank of the Dupre
Cut to protect adjacent marshes from shoreline erosion.
This rock dike extends above the surface of the water and
will protect the fragile marsh area from boat wakes
generated within the BBWW. 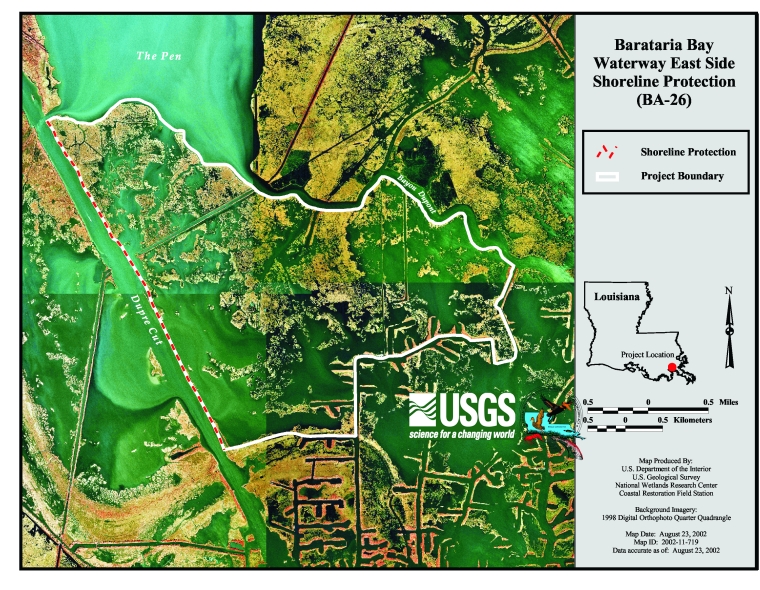 The project is located in Jefferson Parish, Louisiana, on
the east bank of the Dupre Cut portion of the Barataria Bay
Waterway, north of the Lafitte Gas and Oil Field and south
of the subsided land reclamation effort known as “the
Pen.”

Construction was completed in June 2001. Baseline
monitoring information has been collected and will be
used to evaluate the project’s effectiveness. The O&M
Plan was signed in October 2002. This project is on
Priority Project List 6.

The Federal Sponsor is NRCS.

The Local Sponsor is CPRA.