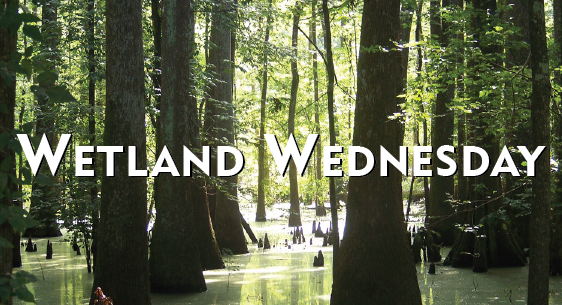 In honor of National Environmental Education week, this week’s Wetland Wednesday highlights the

The Louisiana Environmental Education Commission (LEEC) is a primary resource for all educators and citizens in furthering their environmental knowledge and awareness. The mission of the LEEC is to create a comprehensive and balanced environmental education initiative that results in environmentally literate citizens who effectively and constructively solve existing environmental problems, prevent new ones, and maintain a sustainable environment for future generations.

Throughout the year, the LEEC provides many opportunities for both students and teachers to participate in environmental education activities:
Environmental Education Symposium: This annual two day conference includes workshops, concurrent sessions, exhibits, and keynote speaker on formal and informal environmental science education. This professional development opportunity for educators stimulates new classroom ideas and techniques, provides an opportunity for educators to network, and provides additional information on other professional development and classroom opportunities. Lodging assistance is awarded to applicable educators in order to help offset the cost of attendance. The LEEC partners with the Louisiana Environmental Education Association (LEEA) to plan & develop this symposium. – February

Educator / Professional Development / Research / Green Schools Grants Program: Teachers, university students, and informal educators can apply for competitive mini-grants ranging from $1000 to $5000 for a total of approximately $50,000 in awarded funds.  Grants that are funded are based on sound scientific principles, have an environmental focus, and impact Louisiana students, educators, or Louisiana issues. Recipients are invited to present their ideas/findings at the Environmental Education Symposium. – March/April

Green Schools Program: The LEEC and the Louisiana Department of Education have an MOU in place to partner on promoting green initiatives in K-16 schools/universities, complementing the U.S. Department of Education’s (ED) Green Ribbon Schools initiatives. LDWF staff actively works with schools and universities around the state to encourage and offer guidance on the implementation of these ED pillars: (1) reduce environmental impacts and costs, (2) improve health and wellness, and (3) provide effective environmental and sustainability education. – ongoing

Art and Language Arts Contest: This K-12 student contest focuses on an environmental theme which is chosen annually by the LEEC. Information and applications are disseminated throughout school systems, home schools, and informal education venues. An awards ceremony honoring the winners, their families, and their teachers is held at the Governor’s Mansion in June. The winning entries are used to produce a calendar for the following year, which is distributed throughout the state.  – January thru June

Workshops: The LEEC periodically hosts professional development workshops for environmental educators. To be offered in summer 2017 is Watershed Webs, which is a 4-day workshop for teachers of students in grades 5-12. It focuses on the dynamics of watersheds, water quality, trash, and our new WET tracker app. Teachers in the coastal parishes/counties of Alabama, Florida, Louisiana, Mississippi, and Texas are eligible to participate. The Watershed Webs workshop series is funded through a National Oceanic and Atmospheric Administration B-WET grant. 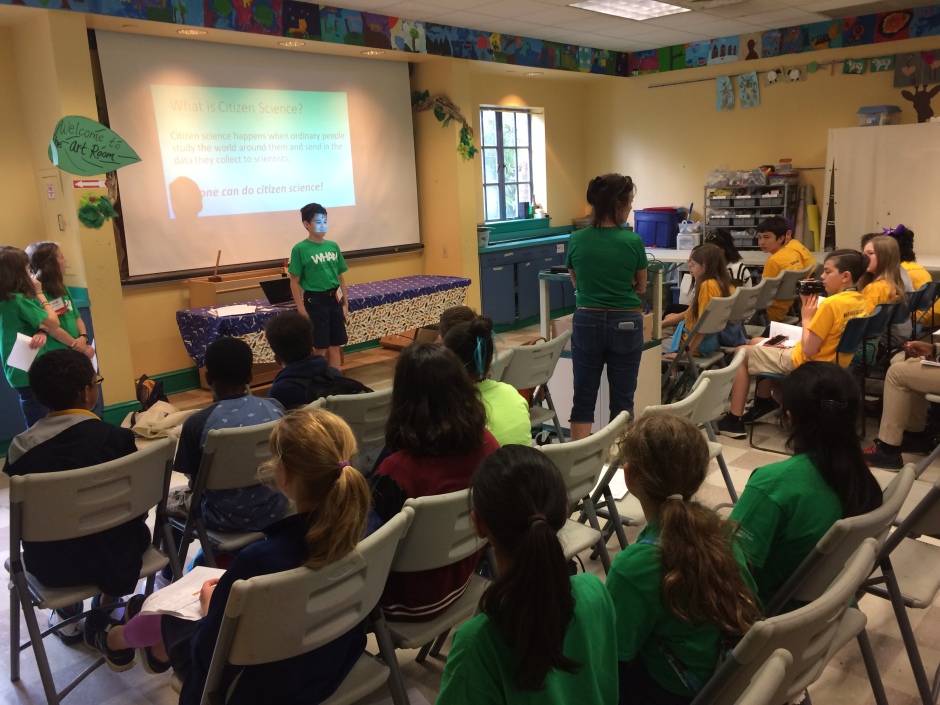 It’s never too early to start thinking about sustainability- that was the message embodied by participants at the Louisiana Green Schools Youth Summit on March 24 held at the Audubon Zoo. An event organized by the Louisiana Environmental Education Commission and the Louisiana USGBC Chapter, the summit brought together students in grades 5 through 12 to discuss green initiatives in their schools and learn about other aspects of sustainability. Staff from the Coastal Wetlands Planning, Protection, and Restoration Act were there with information about the many different types of careers, including engineering, geology, and tourism, that contribute to coastal restoration efforts. CWPPRA staff also had #ProtectOurCoast posters and issues of WaterMarks for students. With almost 90 participants and exhibitors including Louisiana DEQ, Joule Energy, and The Green Project, the Youth Summit was an opportunity to look at how groups focusing on different aspects of sustainability, including CWPPRA’s wetland restoration projects, come together to create a better long-term future for Louisiana. 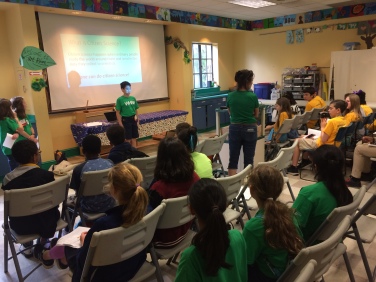 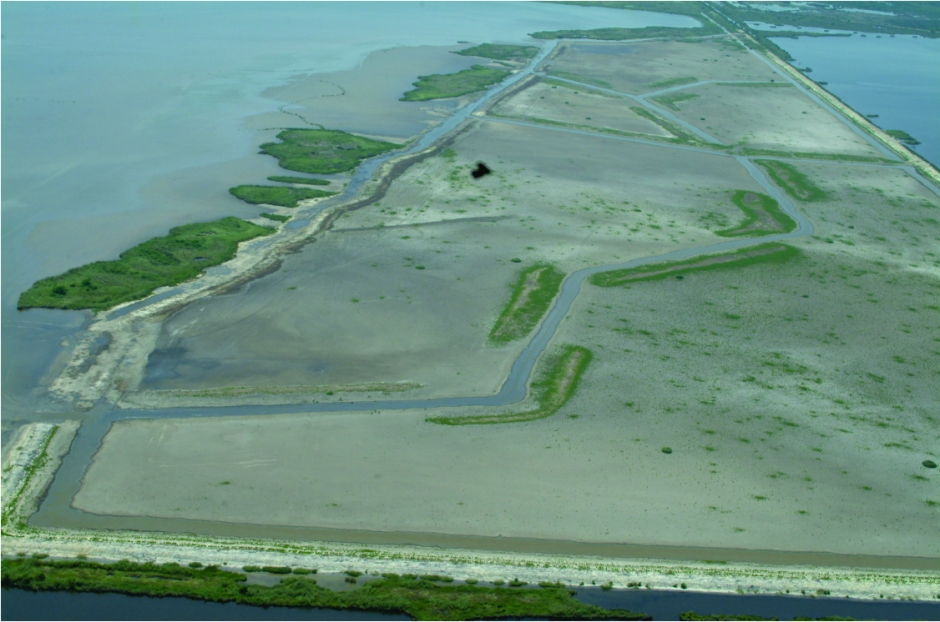 The Sabine Refuge Marsh Creation Cycle I project is intended to strategically create marsh in large, open water areas to block wind-induced saltwater introduction and freshwater loss. In addition, CS-28-1 will increase nourishment in adjacent marshes while reducing open water fetch (distance a wave can travel) and the erosion of marsh fringe.

Cycle I constructed 214 acres of marsh within the shallow, open water area within retention dikes.  The perimeter of the created marsh was planted with smooth cordgrass.  Dredged slurry obtained from the Army Corps of Engineers’ dredging of the Calcasieu River Ship Channel was placed in the containment area.

Upon consolidation of the dredged material, the southern containment dike was degraded and breached to allow for water movement, and to restore the area to more natural conditions.  Prior to the placement of the dredged material, trenasses (small, man-made bayous) were constructed in the project area.  These trenasses facilitate natural conditions and allow estuarine organisms to access the created marsh.  This project is part of five cycles over a 10-year period, with each cycle requiring individual construction approval. 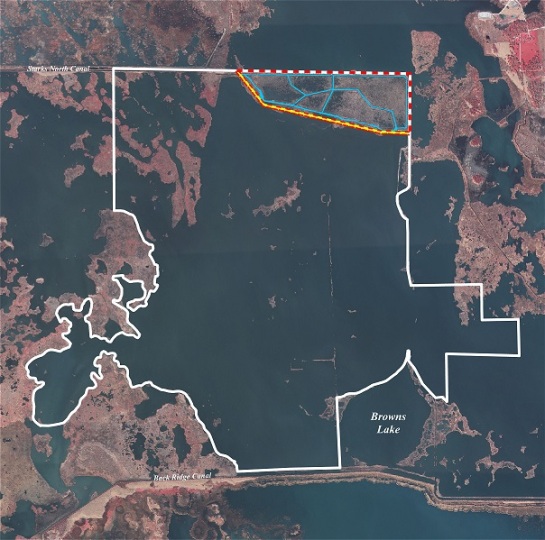 Construction of the Cycle I site was completed on February 26, 2002.

View more data on the CS-28-1 project or other projects on CWPPRA’s website. 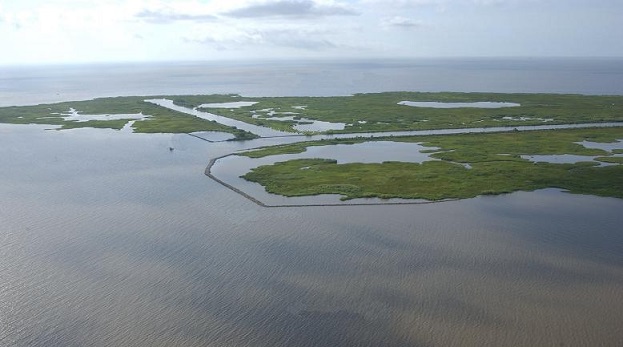 Substantial areas of interior emergent marsh on Marsh Island have been converted to open water, primarily because of Hurricane Lili (2002).  Areas targeted under this project are those with the greatest historical land loss and within close proximity to East Cote Blanche Bay.

This project is designed to re-create brackish marsh habitat in the open water areas of the interior marsh primarily caused by hurricane damage.  Based on 2007 aerial photography analysis, approximately 197 acres of marsh will be nourished and 165 acres of open water will be restored to interior emergent marsh habitat.  The loss rates for the interior ponded areas are estimated to be reduced by 50 percent.  This project provides a synergistic effect with CWPPRA’s Marsh Island Hydrologic Restoration (TV-14), a project constructed in December 2001.

This project is located in the Teche/Vermilion Basin at the east end of Marsh Island Wildlife Refuge southeast of Lake Sand in Iberia Parish, Louisiana.

The Louisiana Coastal Wetlands Conservation and Restoration Task Force approved funding for Engineering and Design at their February 2005 meeting.  The U.S. Environmental Protection Agency and the Natural Resources Conservation Service, working through the Louisiana Department of Natural Resources, completed the Engineering and Design of this project, and construction began in March 2010. 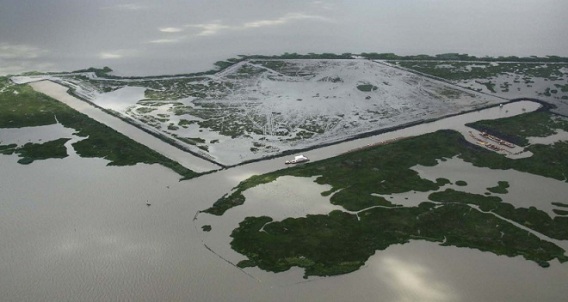 Aerial view of the east end of Marsh Island after commencement of construction activity.

View more data on the TV-21 project or other projects on CWPPRA’s webite. 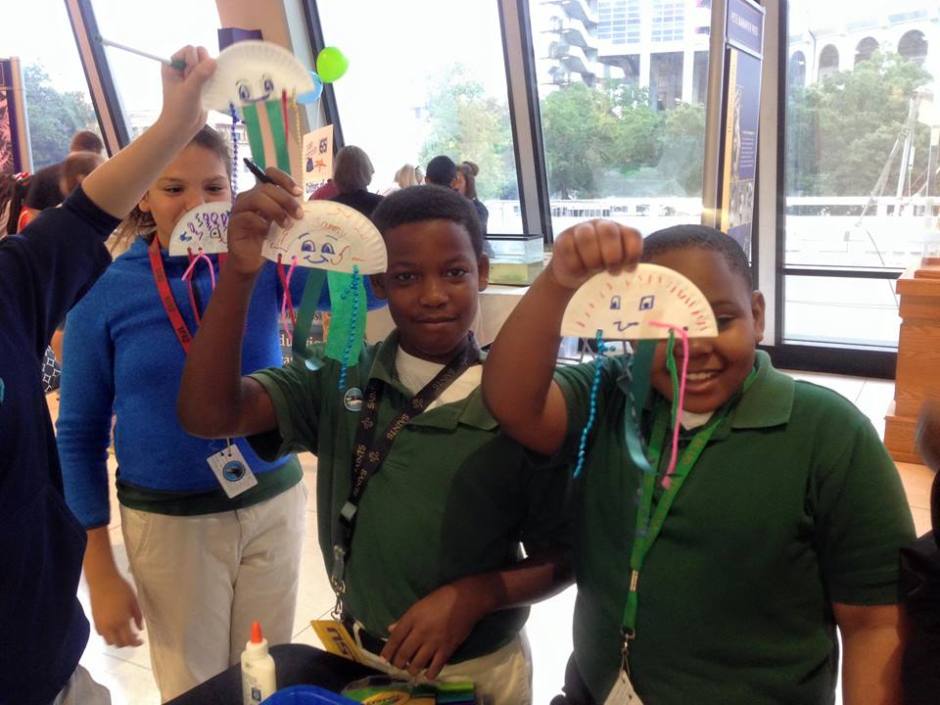 The CWPPRA public outreach staff attended the LSU-LA Sea Grant event, Ocean Commotion, on October 27th, 2015 at the LSU Pete Maravich Assembly Center in Baton Rouge, Louisiana.  Ocean Commotion is an interactive, educational experience in which approximately 2,200 local K-8 students, teachers, and chaperons are able to learn the significance of the coastal regions, as well as the ocean in which Louisiana so heavily relies upon.  This event creates a connection between students and the coast by providing the opportunity to become “hands-on” with activities that generate relativity, interests, and curiosity in Louisiana’s passive shoreline environments.  In order for future generations to effectively protect our oceans, coastlines, and wetlands, learning about the importance and benefits of each is essential to continued health and survival.

CWPPRA was among the 71 exhibitors present and eager to provide a positive and impactful learning experience.  To accurately portray the importance of aquatic, coastal regions, the CWPPRA staff utilized an ocean character, Sid the Restoration Squid, whose six unique legs represented a different restoration method.  The six restoration methods presented include barrier island restorations, marsh creations, shoreline protection, hydrologic restoration, freshwater and sediment diversions, and terracing.  Each leg consisted of a distinct craft material that would correspond with a restoration method, in which students would assemble and personalize their own squid.  Each student’s personal squid was accompanied by an explanation guide of CWPPRA’s efforts to restore, protect, and/or create Louisiana’s wetlands. 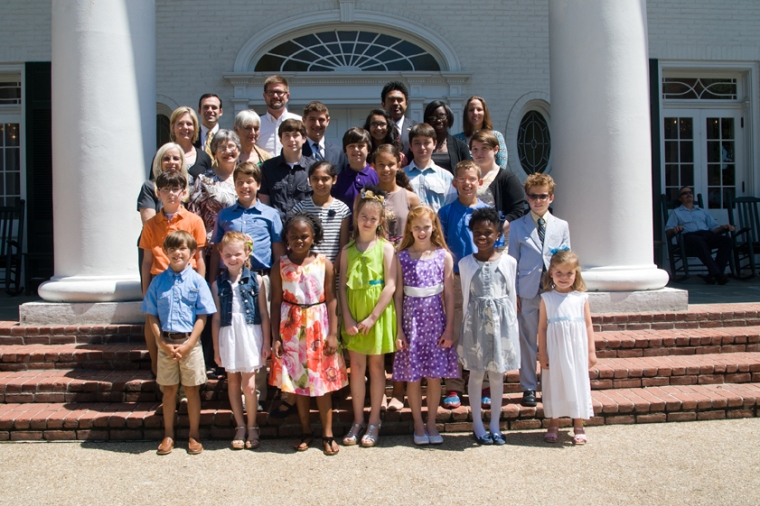